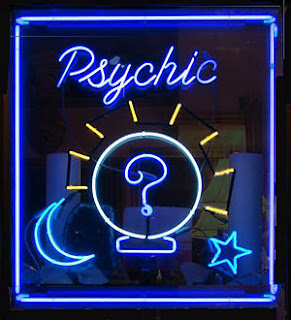 So I'm not a psychic, but I did play one on the radio this morning and I think through osmosis via the part I'm starting to develop some psychic abilities. For example I can foresee it being JUST me who's going to be getting up in the middle of the night in just a few short months.

Case in point, I had to be on the air at 6am Eastern Time- that's 3am Pacific Time for those of you who are still a little too groggy to do the math. Either time is too frappin' early to be up if you ask me. But I'm also a comic who's preferred bedtime is 2:30/3am after my high from a show has worn off and the burst of creative genius has subsided. But I made myself go to bed early last night- 1:30am ET since I'm in NYC for a few weeks. 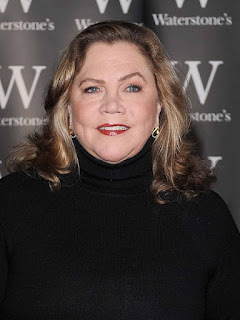 I set my alarm to go off at 5:40am so that I'd have enough time to get up make some tea and not sound like Kathleen Turner after smoking a pack of Marlboros. BTW I kicked butt on the call, but I'm still a touch bothered by what happened just before.

My handy dandy alarm on my phone goes off and my Darling Husband, CJ, elbows me to get me to get up and shut it off. He didn't make a sound- there was no angry groaning as there could have been since he had the same bedtime, but there was also no, "Sweetheart- it's time to get up." or "Babe your alarm's going off". It wasn't a rude "I'm annoyed" shove but it was also up for interpretation as being a "You need to get that because I won't be able to finish my peaceful sleep" nudge. All of this non-vocal behavior leads me to believe that in a few short months when our sweet little Baby Bean is crying to be fed or changed it will be moi who will be doing 99.9% of the attending. 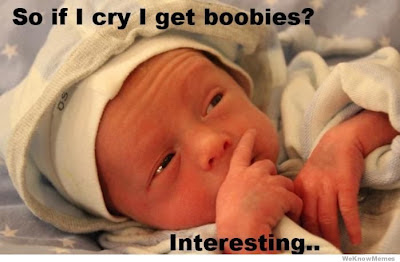 I fully understand that I'll be the only food source for quite some time- I should already get T-shirts made up that say "Milk Bar Open- 24 hours"- like IHOP. But I do plan on pumping and I hope he has some plans to do midnight feedings 'cause my being up at the crack of dawn or as my Aussie husband says, "The crack of a sparrows fart," when I'm NOT a morning person isn't going to fly.

Thanks for the love and support!

Posted by Karith Foster at 4:32 AM